Queensland is a big state – the second largest at just under two million square kilometres – and you don’t get a true sense of the distances from A to B just by looking at a map, it’s always longer than you think. And so it was when planning a recent trip from Hervey Bay to Chinchilla (for its biennial Melon Fest) – all up 380km, do-able in a day no problem, but why knock yourself out and maybe miss some action along the way, I thought. Sure enough, close inspection of the map revealed a half-way point with a pair of interesting features – Boondooma Dam Recreation Park and historic Boondooma Homestead – in the South Burnett region.

Boondooma Dam takes its name from the original property in the area west of the Bunya Mountains. It was constructed in 1983 across the Boyne River below its confluence with the Stuart River. Both rivers rise in the Stuart Range, part of the Great Dividing Range, within the Bunya Mountains National Park. The Stuart River was named by surveyor James Charles Burnett after Henry Stuart Russell, who explored the area in 1842. Russell had already named the Boyne under the mistaken impression that it was the same watercourse as the Boyne River in Central Queensland.

The dam is a pretty impressive piece of engineering, with a 570m-long wall made of almost a million cubic metres of rockfill and concrete that towers 63m above the river bed. Behind it, 212,000 mega-litres of water form a narrow lake that covers almost 2,000 hectares to a depth of 11 metres.

It was built to supply water to the Tarong Power Station, which it does at the astonishing rate of between 50-80 million litres per day, and to irrigate agricultural properties in the area. SunWater, the dam’s managing authority, is undertaking a dam spillway upgrade to ensure greater safety in times of peak capacity.

Since 2001, under the careful direction of the former Wondai Shire Council, now the South Burnett Regional Council, Lake Boondooma has been developed into a major regional recreation area. The award-winning Lake Boondooma Caravan and Recreation Park, 20 kilometres north of Proston, is a perfect getaway location on the eastern shore of the lake, a real drawcard for enthusiasts of aquatic sports like fishing, swimming, sailing and water-skiing. 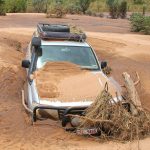 Almost everyone has heard of Murphy’s Law. For those that haven’t, it’s pretty simple - “If anything can go wrong, it will”. Plus, to make it worse, … END_OF_DOCUMENT_TOKEN_TO_BE_REPLACED 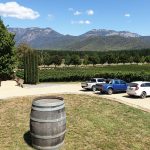 In late February 2020, Craig Sheather took a road trip around Victoria’s High Country to visit communities impacted by the summer bushfires. In a … END_OF_DOCUMENT_TOKEN_TO_BE_REPLACED