Media outlets across the Web and the Melbourne airwaves, in particular, have reported on the closure of Jurgens Caravans Australia. Radio 3AW broke the story on Monday 18th March, initially claiming that Avan had ended production. Both Avan and Jurgens are built in Pakenham, east of Melbourne.The story was later changed to Jurgens, but not before many Avan owners were concerned.

Since then Jurgens has announced that they experienced a lockout by the landlord over a commercial dispute. They went on to say they are pleased to advise they have resolved this issue, the gates are open, and we have resumed operations.

A supplier, believed to be suspension builder Al-Ko, has also taken legal proceedings to recover outstanding payments, but the company claims to be in the process of recapitalising and is confident of settling all supplier debt shortly.

In the media frenzy that followed the announced shutdown, the local Pakenham paper published a story about a disgruntled owner who had problems with their Jurgens van. We are advised the company is about to make a formal response but suggested there is more to the situation than has been aired so far.

In their press release, Jurgens admitted they have a way to go with catching up with production to meet demand but are committed to making a success of the business and rebuilding confidence in our brand.

They acknowledge recent events have created significant uncertainty for our staff, customers, dealers and suppliers and are genuinely sorry for the distress this has caused.

We will inform our readers as soon as events unfold. 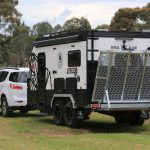 The Royal Flair Raptor would have to be one of the most innovative and bold caravans I have ever seen. It’s a specially built adventure caravan with … END_OF_DOCUMENT_TOKEN_TO_BE_REPLACED 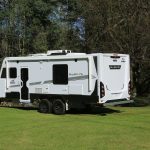 Wired for sound Jayco takes its premium Silverline into the digital age with a new voice-activated Amazon Alexa personal assistant. When reviewing … END_OF_DOCUMENT_TOKEN_TO_BE_REPLACED