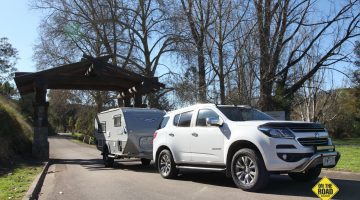 In our last issue we introduced our new long-term project vehicle a brand new Holden Trailblazer LTZ  4×4 SUV. This offering from Holden has only been around for a couple of years and Holden have positioned this new SUV to be a real strong towing option for the RV market and the tough Australian conditions. […] 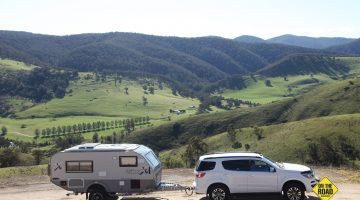 The Snowy River has been immortalised in Australian folklore ever since Banjo Paterson penned his famous poem way back in 1890. It’s not Australia’s largest or longest river by any stretch even though it runs for some 352kms but the very name is known by most folk and if you are looking for a little […] 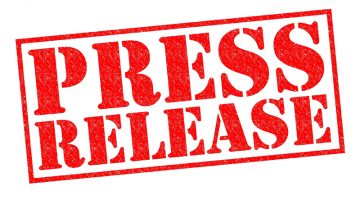 Media outlets across the Web and the Melbourne airwaves, in particular, have reported on the closure of Jurgens Caravans Australia. Radio 3AW broke the story on Monday 18th March, initially claiming that Avan had ended production. Both Avan and Jurgens are built in Pakenham, east of Melbourne.The story was later changed to Jurgens, but not […] 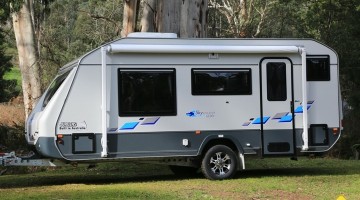 This compact caravan from Jurgens offers everything a couple will need Jurgens sure packs a lot into this compact little van. It measures in at only an external measurement of 18’3” (5542mm), which translates to 16’1” (4920mm) of internal space. But couples wanting light weight and ease of towing won’t be compromising on all the […] 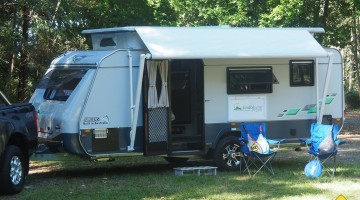 Family Friendly Compact This latest compact pop top from Jurgens takes a fresh approach to design and is aimed squarely at families with small children. The Victorian manufacturer takes pride in coming up with innovative ideas and it shows in this iteration of the Jindabyne PT pop top range. This is especially true when you […]

Since its beginning in 2008, New Age Caravans has designed and manufactured all of our caravans in Australia. We currently employ over 180 staff that … END_OF_DOCUMENT_TOKEN_TO_BE_REPLACED

Press Release Clearview Towing mirrors started in 2006 from a very frustrated Mike Cowan trying to see around his caravan when towing. Mike and his … END_OF_DOCUMENT_TOKEN_TO_BE_REPLACED