The Western Australian Museum – Shipwreck Galleries, is recognised as the foremost maritime museum in the southern hemisphere

We approached Fremantle from the Swan River having embarked our cruise boat at Perth’s ferry terminal. With little knowledge of Perth we had elected to leave our motorhome in the excellent Central Caravan Park at Belmont and use public transport around the city. We had picked a bad time, weatherwise, to visit Perth and Fremantle. A gale force wind off the Indian Ocean blew in our faces as we motored down river between high banks covered in the opulent homes of the very rich. We passed the Royal Perth Yacht Club Marina filled with multi million dollar boats and the smallest yacht club in Australia with a membership of one and with a club/boathouse the size of a small garage. The owner had found a loophole in the laws preventing the foreshore from being littered with boathouses by simply forming a yacht club and building his very exclusive clubhouse.

Flashes of sunshine flickered across the wind driven white caps and the scent of the ocean was strong in our faces as we approached Fremantle Harbour. Disembarking we found our tram from Fremantle Tram Tours was waiting for us on the dock, but we elected to embark on our tour after lunch in the fascinating E Shed Markets adjacent to the dock.

Boarding the tram we were treated to a comprehensive tour of this remarkable city. Fremantle is considered to be the world’s best surviving example of a 19th century port streetscape and having walked and ridden some of those streets we have to agree. Our tram dropped people off and picked others up at selected locations. One of the most popular is the old Perth Gaol but with limited time we opted to leave this spot for another day.

Our next stop was the war memorial atop a tall hill with delightful views overlooking the city. This very impressive memorial is dedicated to all arms of the services and all theatres of war. I was surprised and saddened to find that this remarkable memorial to all those who gave so much of themselves had no place in any of the visitor guides we saw. But the old Fremantle goal, a place once inhabited by those who had taken so much for themselves and given nothing but grief to others was promoted in every brochure. Such is the human condition. 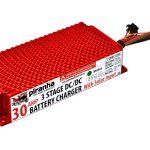 In an ever-changing world of vehicle electrical charging systems, staying on top of what’s required to fit out a new 4WD for safe touring, towing and … END_OF_DOCUMENT_TOKEN_TO_BE_REPLACED 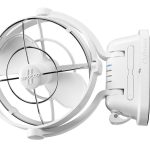 Since it was first introduced to the market, the authentic Sirocco II fan has been revolutionising comfort for caravanning and camping. Built with … END_OF_DOCUMENT_TOKEN_TO_BE_REPLACED